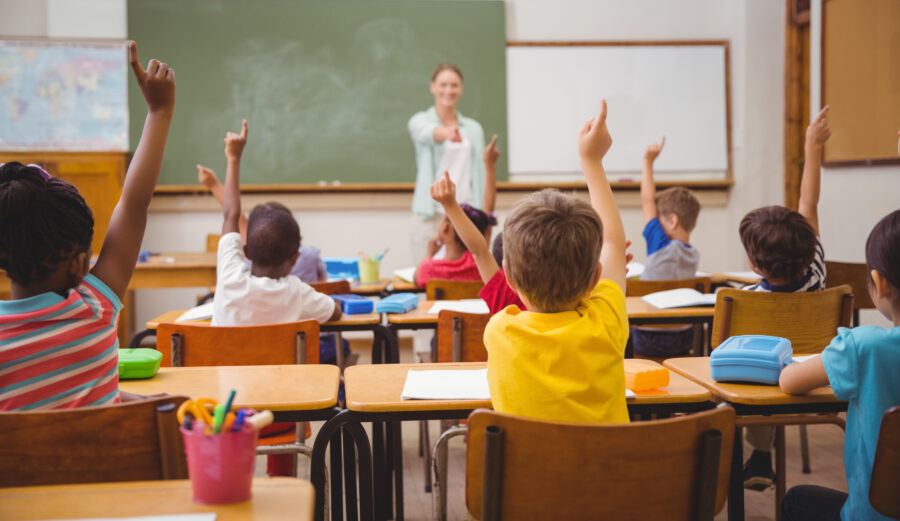 Mike Ritter never imagined he would be starting a petition to improve the conditions of the Boston Public School buildings when his two daughters began attending Lee Academy Pilot School a few years ago.

“I’ve discovered my role as a parent is to make noise about stuff,” said Ritter. After settling in the system, Ritter said he began to notice the poor conditions of the buildings so he decided to look through BuildBPS, a 10-year educational and facilities master plan launched by Boston Mayor Martin Walsh in 2015. Ritter’s concerns were confirmed, the building was old and there was no ventilation system besides windows.

It wasn’t until the heat waves last summer, however, that Ritter developed a sense of urgency. “About June of last year, my kids come back flush from the school,” recalled Ritter, adding that his friend’s daughter also experienced high temperatures in the classroom a few years ago. “The maddening part is the technology exists,” said Ritter, frustrated, “the money exists.”

Ritter isn’t alone in this experience, in fact, he is one of the many members of the BPS community who have encountered the mental and physical repercussions of poorly maintained schools. The issues Ritter is referring to stem from the heating, ventilation and air-conditioning system. One of the “largest energy consumers in schools,” according to the United States Environmental Protection Agency, HVAC systems are designed to “help maintain good indoor air quality through adequate ventilation with filtration and provide thermal comfort.”

In a report called, “The 9 Foundations of a Healthy Building” released by The Healthy Buildings Program at the Harvard T.H. Chan School of Public Health, it was established that ventilation, air quality, and thermal health were three of the nine qualities that are crucial to the foundations of a healthy building. The BuildBPS data set proves that Boston Public Schools fails to provide adequate support to these foundations.

Boston Public Schools is the largest carbon emitter of any municipal department in the city. During former Boston Mayor Walsh’s term, he signed an executive order that all new buildings will have to be low-energy and fossil-fuel free. This means any new school buildings would have to be built this way.

The physical environment of a classroom can have significant impacts on students.

According to the National Center on Safe Supportive Learning Environments, “high indoor air quality, appropriate heating and cooling, access to clean water, and absence of overcrowding are not only conducive to instruction and learning, but essential for student and staff overall health and well-being.”

Though Boston only experiences a few months of the year with extreme heat, as climate change continues to escalate this means more learning time is wasted due to harsh conditions.

“Anytime your child is hot, they cannot function,” said Pam Rose, a BPS teacher and parent. “Their heads are down, they refuse to do anything, they’re lethargic. It makes everybody be kind of on edge, because everyone’s just hot and that’s all that they can think about is just being hot.”

When temperatures rise in the summer months, building ventilation becomes an important factor in ensuring student safety and well-being. When students are overheated, academic performance suffers.

“Starting in you know, as early as May, the temperatures really start to pick up,” said Rose, sharing the teacher’s perspective. She said during those hot days, she turns off the light and tries to move as little as possible.

A study by the Harvard Kennedy school showed that student performance suffers when preparing for standardized exams in days of extreme heat leading up to a test. These effects are particularly damaging to low-income and minority students. The cost of air conditioning in schools would not outweigh the learning benefits, especially as climate change continues to be an urgent issue.

Boston Public Schools’ Air Quality is categorized ranging from Excellent to Deficient. Only four schools were ranked as Excellent according to the BuildBPS data from 2016. The map helps to showcase where the highest need is geographically in the city, while the bar chart shows exactly what types of schools are the most affected by subpar air quality.

Poor air quality can also affect student performance and exacerbate the symptoms of students with asthma. According to the Environmental Protection Agency, one in 13 students has asthma and it is the leading cause of student absenteeism. In schools with poor air quality, this only makes the problem more severe for students.

A study in 2018 showed that Black individuals are 40% more likely to have asthma than white individuals. If air quality in schools remains poor and leads to student’s staying home sick, this also means that Black students are impacted even more greatly by the lack of proper air ventilation in schools.

This is particularly concerning for Rose, who has a child with asthma. “As a parent the last thing you ever want is to imagine that your child is baking in a classroom,” she said. “And amongst all the other things that you’re worrying about as the parent, are they eating the snacks you packed? Are they having a good day?”

“You don’t want to have to worry about those basic fundamental things that have been figured out generations before,” said Rose. “But for some reason, Boston Public Schools just can’t get it right.”

While the impact on student and teachers’ physical well-being is a top priority, poor air quality also contributes to quicker deterioration of building infrastructure and systems, according to the Environmental Protection Agency. The agency also suggests that not replacing these systems can also lead to strained relationships between parents, teachers and administrators.

By working on preventative measures, schools could save money and reduce the carbon footprint of using costly outdated systems.

In 2022, there was a $32 million increase in the budget for Boston Public Schools. This brings the total budget up to $1.3 billion – the largest budget in the school district’s history. Within this budget, there is a portion going to “focusing on school building readiness”.

While the majority of this portion of the budget is heading towards COVID-focused cleanliness, there is a smaller portion that mentions the upkeep of physical structures in the building. The plan specifically lays out a $6 million budget for maintenance of HVAC systems, and air filtration and quality testing. It is not indicated if this funding will go towards installation of HVAC systems where they are not present or need replacing. There is no further outline on the specifics of these funds, or how they are distributed.

According to BPS, a “Weighted Student Funding” model when allocating budgets to different schools. This “dollar follows student” approach to budgeting places the student before the school, determining a value that correlates to a successful learning experience. This value is then utilized to calculate the total budget a school will receive based on enrollments.

The way these funds are utilized depends on the type of school. The organizational properties determine how funding allocations are supported.

Pilot schools are a new organization system that began in 2007. These schools are run by a Governing Board that can be made up of “principal, teachers, students, parents, business partners, higher education partners, and community activists,” according to the Boston Teachers Union. At least four of these board members must be non-teachers.

The goal is to allow the community to have more power in how the school is run. The Governing Board, thus, has more flexibility and “over budget approval, programs and policies”.

In general, the data shows that pilot schools have better facilities than non-pilots.

While this may be a consideration to helping these infrastructure problems, it is not completely clear that the difference in funding decisions is the reason the data is better. Pilot schools are a relatively new concept, and a few have been built relatively recently, which could account for the better facilities.

At the beginning of April, the state of Massachusetts conducted performance reviews on Boston Public Schools. Under Massachusetts law, the state is allowed to possess control of districts that do not perform to state standards, in a process called receivership.

The district needs to be reviewed and deemed as “chronically underperforming” to be able to be received. Any district in the bottom ten percent of performance in the state is up for review, which is typically a two-year process. Once received, the state will typically bring in a third-party company to help “turn around” the district.

Hearings regarding BPS’s performance have been underway, but there is no official word on the likelihood of receivership happening. Reviews have begun, meaning the district has two years to prove to the state that they can be sufficiently run autonomously.

The Boston Teachers Union and Mayor Michelle Wu have both come out opposing the repossession of the district.

With little to no progress in terms of addressing the HVAC systems in BPS, the future remains unclear for many including parents like Ritter. “I can only imagine if people actually applied themselves to all the ways that they could actually make this work creatively,” he said. “Parents have to kick and scream, and try and get the ball moving on it.”

Until then, many BPS teachers like Rose envision a classroom where students could learn in peace. “My memories of school had nothing to do with the climate, it had everything to do with the teacher, making the space welcoming and beautiful,” said Rose. “Can we just have a space that is made for learning at the fundamental level like heating and cooling, windows, [and] sunshine coming in?”

View all the visuals for this story on Tableau Public here.

1 thought on “The Climate of the Classroom: Learning is lost as ventilation issues persist in Boston Public Schools”