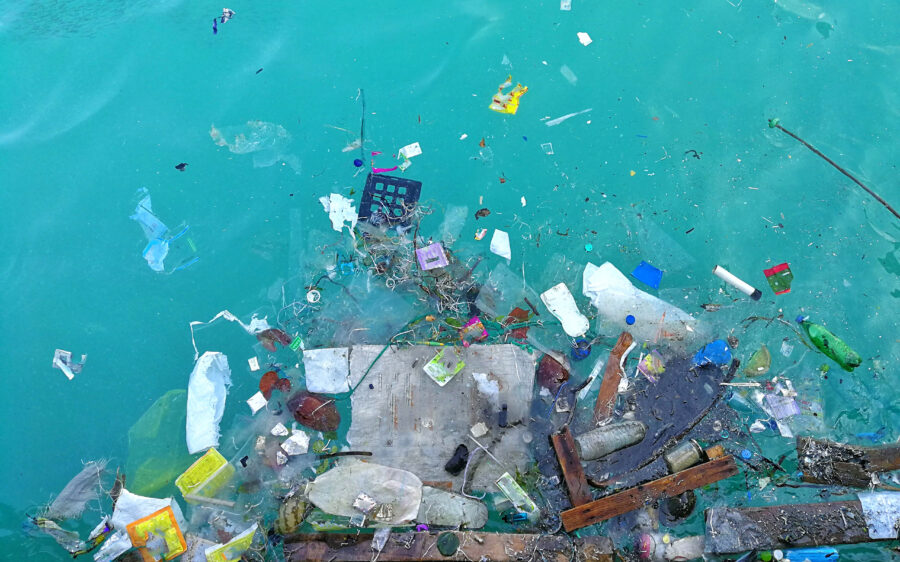 A bill to make plastic straws only available on request across Massachusetts could be law soon, as cities and states across the country work to cut back on single-use plastic.

While it is not a complete ban of plastic straws, Janet Domenitz, Executive Director at MassPIRG said that anywhere we can reduce plastic waste is a good idea because “Massachusetts is not making progress.”

The bill proposed by Massachusetts Senator Michael J. Barrett would require restaurants and other food service establishments to only provide plastic straws upon request or through a self-service dispenser.

Each year the Commonwealth produces 6 millions tons of waste and that has not improved in recent years, according to a MassPIRG news release in early October.

“We’ve all seen the photos of sea creatures with straws coming out of various orifices in their bodies,” said Domenitz. While these images are hard to look at, Domenitz said they have helped make people think twice about their plastic use.

COVID-19 has also exacerbated this problem, with an influx of consumers ordering takeout with plastic single-use utensils and containers. “You’re going home, you don’t need them,” said Domentiz.

“We need to shift the mindset away from a need for something we’re just so used to having,” said Lauren Fernandez, a policy analyst at Zero Waste Project at the Conservation Law Foundation. When presented with a choice, instead of being given a straw, it forces consumers to think twice about their single-use plastic usage.

The Massachusetts Restaurant Association supports the bill. “While straw ban proposals have spread across the country, the MRA has taken a position of straws on demand,” said Steve Clark, the association’s Vice President of Government Affairs.

There are many factors to consider when thinking about banning plastic straws altogether, including accessibility. “Many within the disability community, and children, need straws to drink safely and effectively,” said Clark.

Fernandez said she knows the importance of the bill’s language, “Obviously there are people who are truly dependent on plastic straws. We understand.”

Jason Angel, an ADA Information Specialist at the New England Americans with Disabilities Act Center, said the straw ban dilemma is “very new and there is very little guidance” when it comes to serving those with disabilities. Angel said that Somerville’s straw ban ordinance is written so that businesses can “provide plastic straws to people with a medical necessity and in medical or care facilities.”

Angel said the Somerville plastic straw ban “will likely serve as a blueprint for other straw ban ordinances.”

There is also an omnibus bill that is in progress in Massachusetts, aimed to reduce single use plastics including plastic straws, bags, water bottles, and take-out containers. Michelle Ciccolo, Representative of 15th Middlesex District, sponsored this bill.

Ciccolo said it is important to approach a problem from multiple angles, as legislation is doing with multiple plastic reduction bills in addition to the omnibus bill. She said, “behavioral change is difficult to accomplish especially when the public is involved and when big business is impacted.”

Ciccolo said her omnibus bill “proposes a number of outright bans because we know how dangerous plastic is for the environment, and for the health of people, fish, and wildlife.” She said, while it is a more extreme approach,  “it’s where we ultimately need to go with respect to single use plastics.”

Many companies have made the decision to ban plastic straws on their own, among other waste reducing initiatives. Starbucks phased plastic straws out at the end of 2020, and McDonald’s is testing a new strawless lid in various global markets.

“There are better healthier reusable options. Most of us have the ability to carry around a reusable water bottle,” said Fernandez. She said we need to be working on infrastructure to create more water fountains and bring awareness to our overuse of single-use plastic.

“There will always be a need for some forms of plastic in certain applications but I just don’t believe it should be the predominant material we use for items that are used only once,” said Ciccolo.

“People say straws are small, what difference does it make?” said Domentiz. “Every single step we can take makes a difference.”

Fernandez agreed, while reducing plastic straw usage seems small, she said, “When we ban one thing, it opens doors to banning other things.”