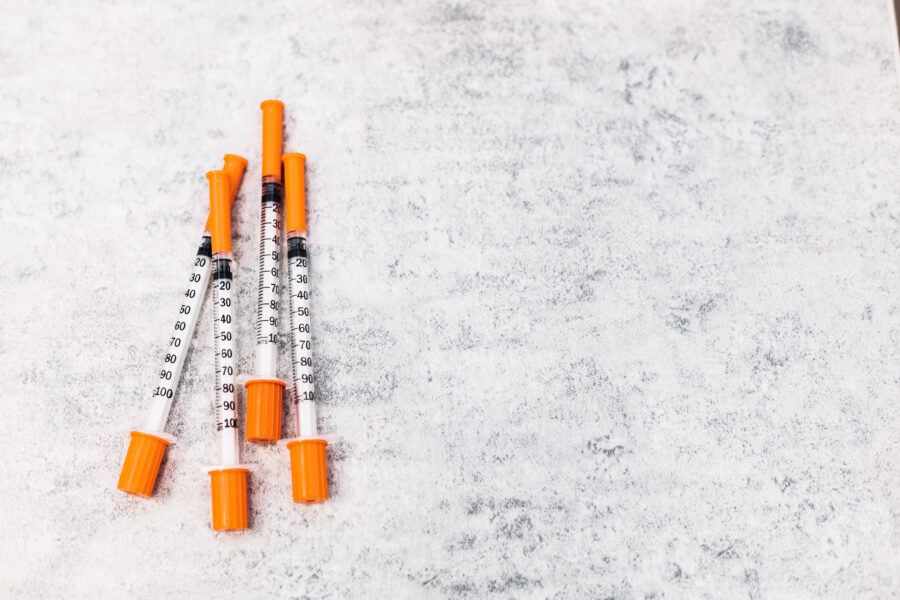 Harm reduction programs and overdose prevention solutions have been put into place in Boston to help reduce fatal overdoses, as the number of opioid related deaths continue to rise in Massachusetts and across the US.

Over 1,600 opioid related deaths were reported in Massachusetts in the first nine months of 2021 according to the most recent data released by the Massachusetts Department of Public Health.

“Harm reduction is an approach that focuses on reducing the negative impacts of drug use,” said Anne Marie Boursiquot King, Senior Program Officer at RIZE Massachusetts, a nonprofit which aims to end the opioid epidemic and reduce its impact.

RIZE’s motto is, “Zero Stigma. Zero Deaths” and focuses on “person centered care” said Boursiquot King. “Every recovery journey is unique. The person has to be assisted to find their own pathway.”

Lindsey Kerin, Program Manager at the Boston Public Health Commission, simplified the concept. She said, “Wearing a seatbelt when you’re driving, or drinking at a bar so a bartender can cut you off. There’s a lot of different ways to use it in life.”

Though the narrative is shifting to harm reduction models, there is still stigma around what treatment and solutions are best to assist those with substance use disorder.

“The biggest stigma is if you’re going to give clean needles, you’re encouraging people to use. There is evidence-based practice that that is not true,” said Kerin.

According to the Centers for Disease Control and Protection, safe syringe programs can prevent other issues such as skin abscess at the injection site and transmission of infectious disease such as hepatitis C and AIDs. Kerin said,“We’re trying to keep people as healthy as can be and when they do decide that they want to seek the path of recovery we will be there for them.”

Boursiquot King said RIZE has funded a range of harm reduction programs such as mobile addiction units, community outreach programs, safety kit and Narcan distribution, safe use spaces, syringe exchanges, and soup kitchens. All of these resources fall under the umbrella of harm reduction.

Kerin said one of the most effective forms of harm reduction for overdose prevention is bystanders having regular access to Narcan.

“Anybody can go to a pharmacy and get Narcan in Massachusetts,” said Kerin. “Just say hey I need a Narcan. I’m using it for a friend or a family member.”

Eileen Ruhl, the Program Director at Learn to Cope, a non-profit that provides peer support for loved ones of individuals with substance use disorder said this disease “does not discriminate.”

Learn to Cope hosts nightly meetings, currently over Zoom, where families and friends from all backgrounds can share and receive support. “It is a disease, it’s not a choice,” said Ruhl. “You don’t know sometimes it’s the luck of the draw who it’s going to affect.”

Ruhl said that Learn to Cope distributes free naloxone and gives Narcan training to staff and loved ones as part of a pilot program for the Department of Health.

Over the past ten years Boston EMS has seen a significant increase in narcotics- related illness calls and individuals needing life saving Narcan according to Boston EMS data.

Boston Public Health Commission offers Narcan and overdose prevention training online for free. By completing training, individuals learn about the risk factors that could lead to an overdose, as well as how to recognize an overdose.

Kerin said the Boston Public Health Commission is currently working on outreach to local businesses to expand overdose prevention training in the city.

According to the training, using alone is the biggest risk factor when it comes to a potential overdose. This is why the Boston Public Health Commission has flyers hanging throughout the city in public restrooms that say, “Many fatal overdoses occur in public restrooms.”

One unique method of harm reduction to address this problem is an overdose resistant bathroom technology created by electrician John King.

Boston Healthcare for the Homeless works to “break down barriers and increase access to care for people who are experiencing homelessness”, said Barbara Giles, Chief Operating Officer. In 2013, the research team at the clinic found that unintended overdose deaths were higher than any other cause of death among their clients for the first time, said Giles.

“It was the first time that this reared its head that, you know, the opioid crisis wasn’t coming. That it actually was here,” said Giles.

Giles said that when Boston Healthcare for the Homeless first opened they would see four to five overdoses a week in their bathroom.

King’s solution was a technology that would alert help if no motion was detected after a set number of minutes. While the timer started at four minutes, Giles said, “ We were finding people who were blue.” King said he adjusted the timer to two minutes, and there has not been a fatal overdose since.

“It’s really a time machine, it’s only two minutes, but over at Albany street they’ve saved everybody thanks to those 2 minutes,” said King.

King’s technology has expanded as demand has increased, and he has now created a multi-stall system that has been implemented at a few locations in Boston, including the field hospital Boston Hope during the height of the pandemic.

Boston Healthcare for the Homeless also has the Supportive Place for Observation and Treatment or SPOT, said Giles. “They can come in, and they are monitored, so that they don’t overdose or if they start to overdose, you know, we can reverse it and help them,” said Giles.

Kerin said through the harm reduction services, trust is built within the community. “We have all of the necessary programming here, we can get them into treatment as soon as they want it,” she said, “ Our goal is to be there for people and help them as they are.”

Last week the government announced that from April 2020 to April 2021, over 100,000 individuals died from overdoses in the United States. President Joe Biden has supported harm reduction and said in a press release, “Through the American Rescue Plan, we’ve delivered nearly $4 billion to strengthen and expand services for substance use disorder and mental health.”