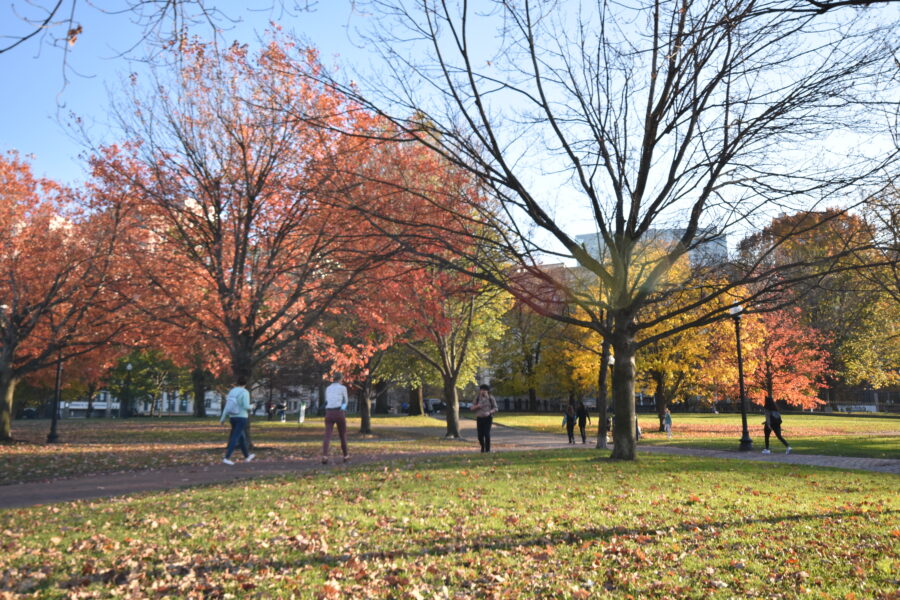 “We want to grow an equitable forest,” said Maggie Owens, a planner for Boston Parks and Recreation. The analysis also found that there was less canopy coverage in neighborhoods with fewer native English speakers and less coverage in historically redlined communities.

An Urban Forest plan is an outline to expand tree canopy or leafy green coverage in a city. The first canopy analysis in the city was in 2014, followed by another analysis in 2018. During this time, the average canopy coverage in the city remained the same at 27 percent, but the canopy distribution was uneven. The most coverage was in Jamaica Plain at about 45 percent, while the least was in East Boston at eight percent canopy coverage.

East Boston is an environmental justice population, defined by factors such as median income, English language proficiency, and the percentage of the community made up by minorities. Having less canopy coverage contributes to heightened health risks, furthering inequities between neighborhoods.

The city will help preserve public health through an expanded tree canopy by lowering the temperature and increasing air quality. Trees also help in preventing flooding and offer a home to local wildlife.

A poll in the meeting of over 150 people found that 49 percent were most interested in targeting tree planting in equity focused areas. The plan will prioritize planting in environmental justice populations like East Boston and historically redlined areas, while also considering factors such as places with less than 10 percent canopy coverage and places with large enough sidewalk width.

Some challenges presented in planning include effects from climate change like storms, temperature swings, drought, flooding, and new disease. By diversifying the forest, it will help make the trees more resilient to climate change, said Owens.

When deciding which trees to plant, the planning team is considering trees that will fare better in warmer climates. It is important that trees make it through the first few years, as diversity in tree age is important to growing canopy coverage.

There are still opportunities to get involved, said Reverend Mariama White-Hammond, Chief of Environment, Energy, and Open Space for the City of Boston. She said the first part of this report is making sure to get the word out.

Once trees are planted, they require the care of professionals, as well as the community to see growth overtime. There are opportunities to get involved such as joining neighborhood groups like Tree Eastie, participating in an urban wild clean-up, submitting 3-1-1 requests, or keeping your dog away from trees. Dog urine eats away at tree trunks.